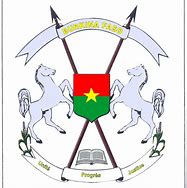 In Burkina Faso and as in the other member countries of the ECOWAS region, the contribution of women to national economies is very significant and recognized at all levels. They play a major role in the formation of the gross domestic product.

Public markets are sources of business for SMEs; but accessing it requires bidders to be equipped. The training offered by the Chamber of Commerce and Industry of Burkina Faso (CCI-BF) in the field of local and public markets is part of the support system it has put in place to facilitate access for SMEs.

The specific objectives are :

The different structures that facilitate trade in Burkina Faso

The DGC is a central structure of the MCIA. She oversees the implementation of the MCIA's trade development policy. It is responsible, among other things, for the negotiation, application and monitoring of trade agreements. Also, the promotion of Burkina Faso's trade with the rest of the world and also the promotion of local products.

- In 2017, the local market is driven by the preponderance of local products. Also imports of products increased overall compared to 2016. Imports of energy products (hydrocarbons and electrical energy) increased considerably in 2017 with an expenditure of 518,713 million CFA francs or 24.3%. total imports . Similarly, the import of non-petroleum products and purchases of medicines recorded an increase . Imports of consumer goods in 2017 increased by 10.8%.

As for the export market, the main export products experienced an evolution in 2017 compared to 2016. The top 10 export products (non-monetary gold, cotton, zinc, cashew nuts, sesame, shea, mango, etc.) account for 94.3% of all exports . In 2017, exports in value of peanuts, maize, cottonseed oil, silver, paddy rice increased. On the other hand, between 2016 and 2017, exports from promising sectors (cashew, sesame, honey, shea, mango, leather and skins, onion, live cattle, tomato, etc.) identified in the National Export Strategy (SNE) experienced a decrease. This situation is explained by the drop in the export of sesame seeds and hides and skins.

- Trade occupies an important place in the GDP. In 2009, this share reached almost 70% of GDP, making the sector one of the most important sectors in the Burkinabè economy according to the report on the state of trade and competition in Burkina Faso produced in March 2018. In 2017, Burkina Faso has intensified its trade with the rest of the world. The overall volume of trade in goods, which totals imports and exports, amounted to 3,735,448.8 million FCFA against a value of 3,442,985.5 million FCFA in 2016, an increase of 8. 4%.

These markets are considered potential because of the importance of the value of Burkina Faso's exports to these countries in 2017. Also, the concern to improve border trade to promote trade with neighboring countries.

- AGOA is an opportunity set up by the United States to facilitate exports from sub-Saharan countries based on a number of quality requirements, sanitary and phytosanitary measures.

The African Continental Free Trade Area could be an opportunity in the sense that Burkinabe products will be exported to the area without customs duties.